IGor is the result of a special course during the first days of the 2nd semester. Led by Prof. Dr. Franklin Hernández-Castro, the task was to create an interactive projection.

It's an interactive Coop Jump´n´run Game. While the shadow cast by a player standing in the projection is an integral part of the game mechanics.

The game is played by two players. One player navigates the main character IGor in the classical manner with a Super Nintento controller. However, one player alone will not be able to complete a level. The second player can support IGor by casting a shadow by standing in the projection. IGor can now overcome otherwise impossible obstacles by using the shadow as an additional platform.

Good communication between the two players is necessary to successfully complete a level.

The character IGor, who can only be described as a “Hipster”, has to overcome some challenges to maximize his Club Mate consumption. Before he can finish the level, he must collect all the shiny triangles. 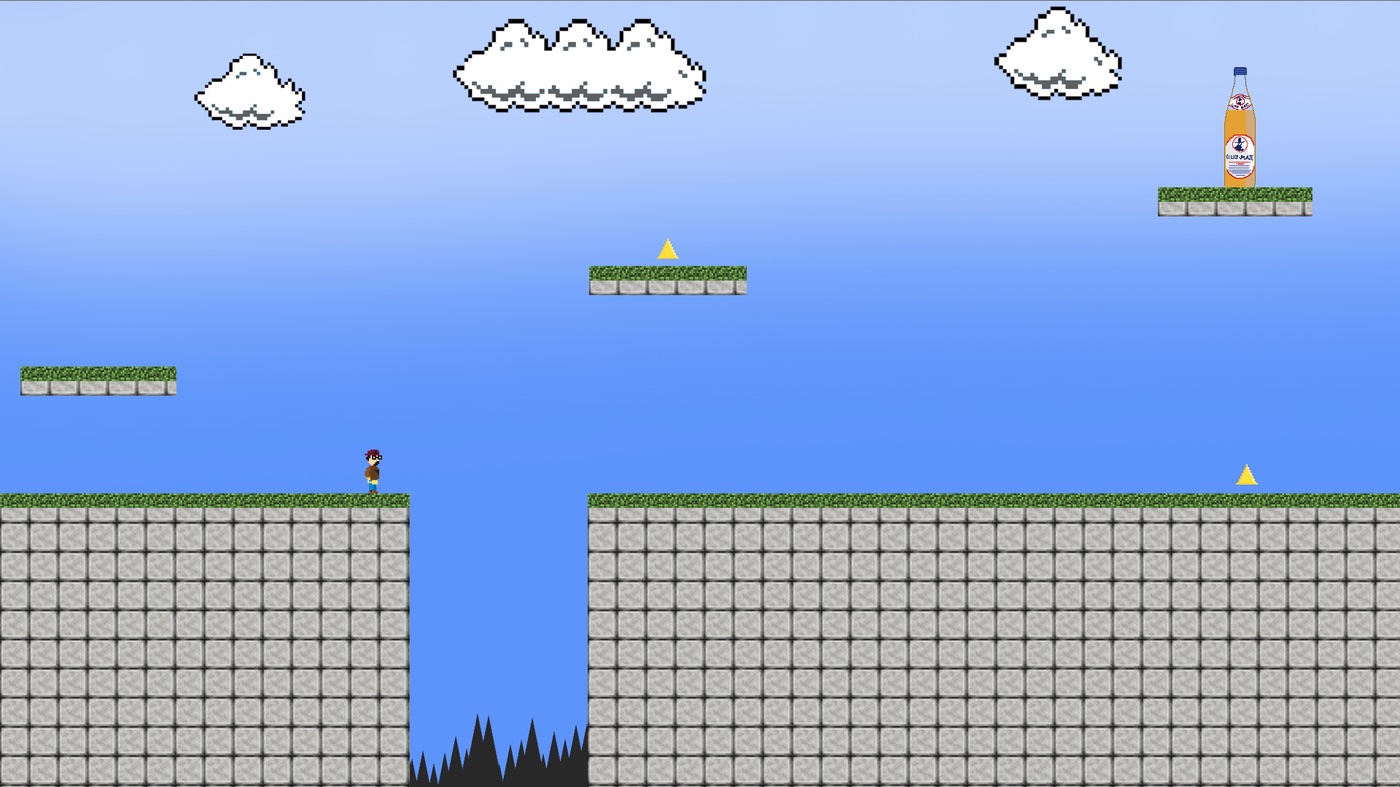 To complete a level, he has to reach the Club Mate bottle. And he has do to it quickly, as it empties as time goes on. 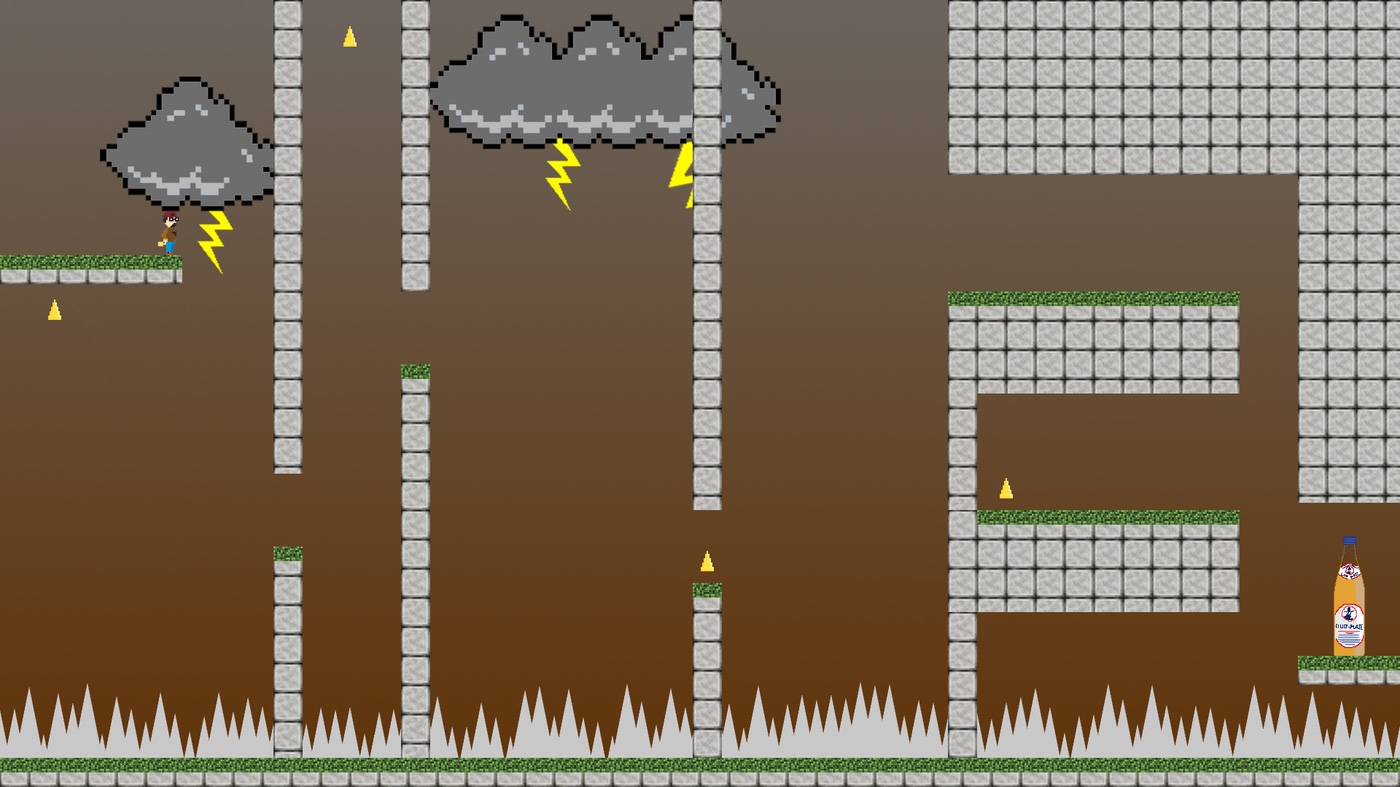 After completing all levels, the players receive their high score as a collected amount of caffeine. 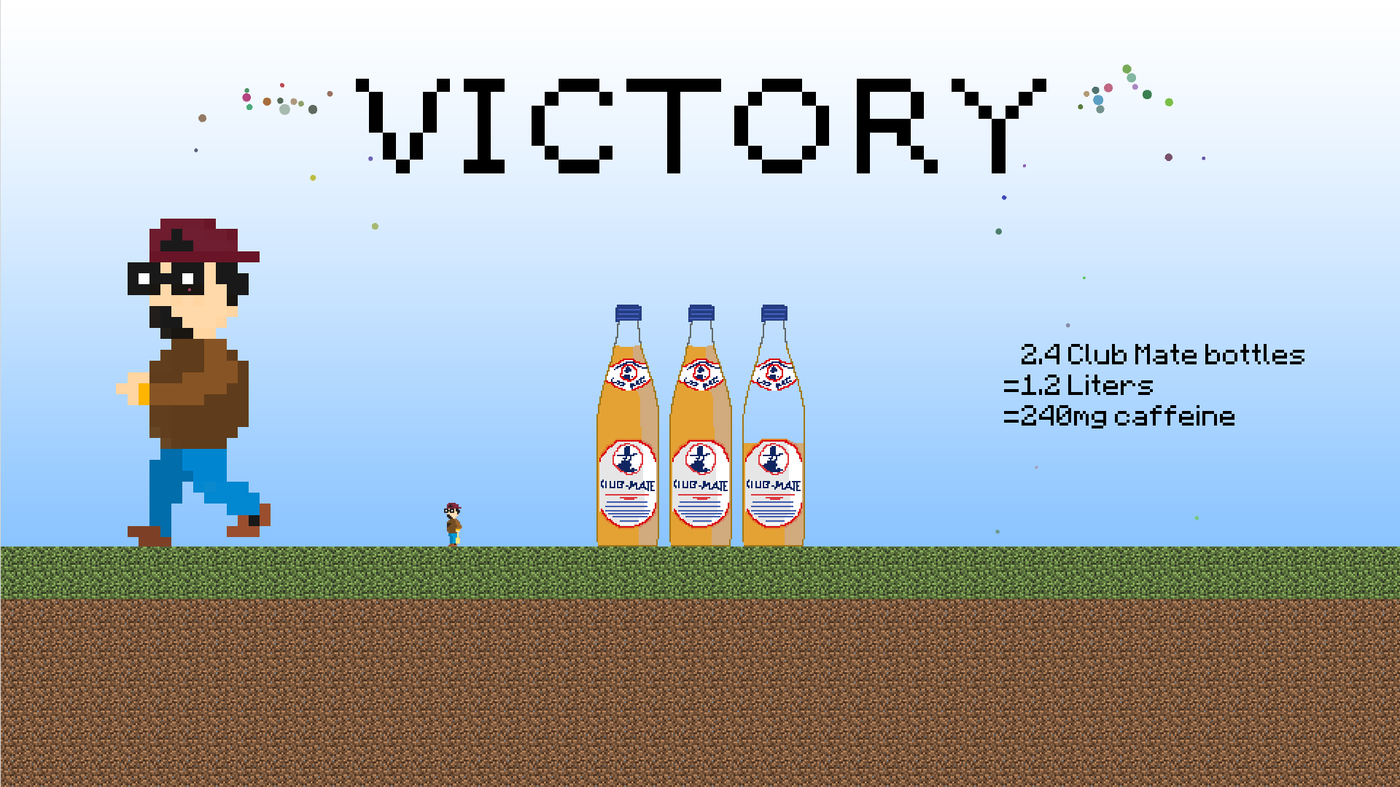 The game was implemented with Processing and Box2D. A webcam served as input for the analysis of the projection and shadows. An Arduino was utilized to pass the inputs from the Super Nintendo controller to the Processing Sketch.

The background music, the sounds effect as well as the level design were custom made.