In the Innovationlab at Milla & Partner, we were always enthusiastic about combining the familiar tactile beauty of the real analog world with the endless possibilities of the digital. This interactive table, which we called »TouchPoint«, was one of those instances. At first glance, it looks like a normal tabletop with a few labels, information and objects on its surface. The difference, however, is that the entire surface is interactive. Analog labels become buttons that reveal information when pressed, objects on the table can be augmented with digital information, and all of this happens in the familiar working environment of a table. 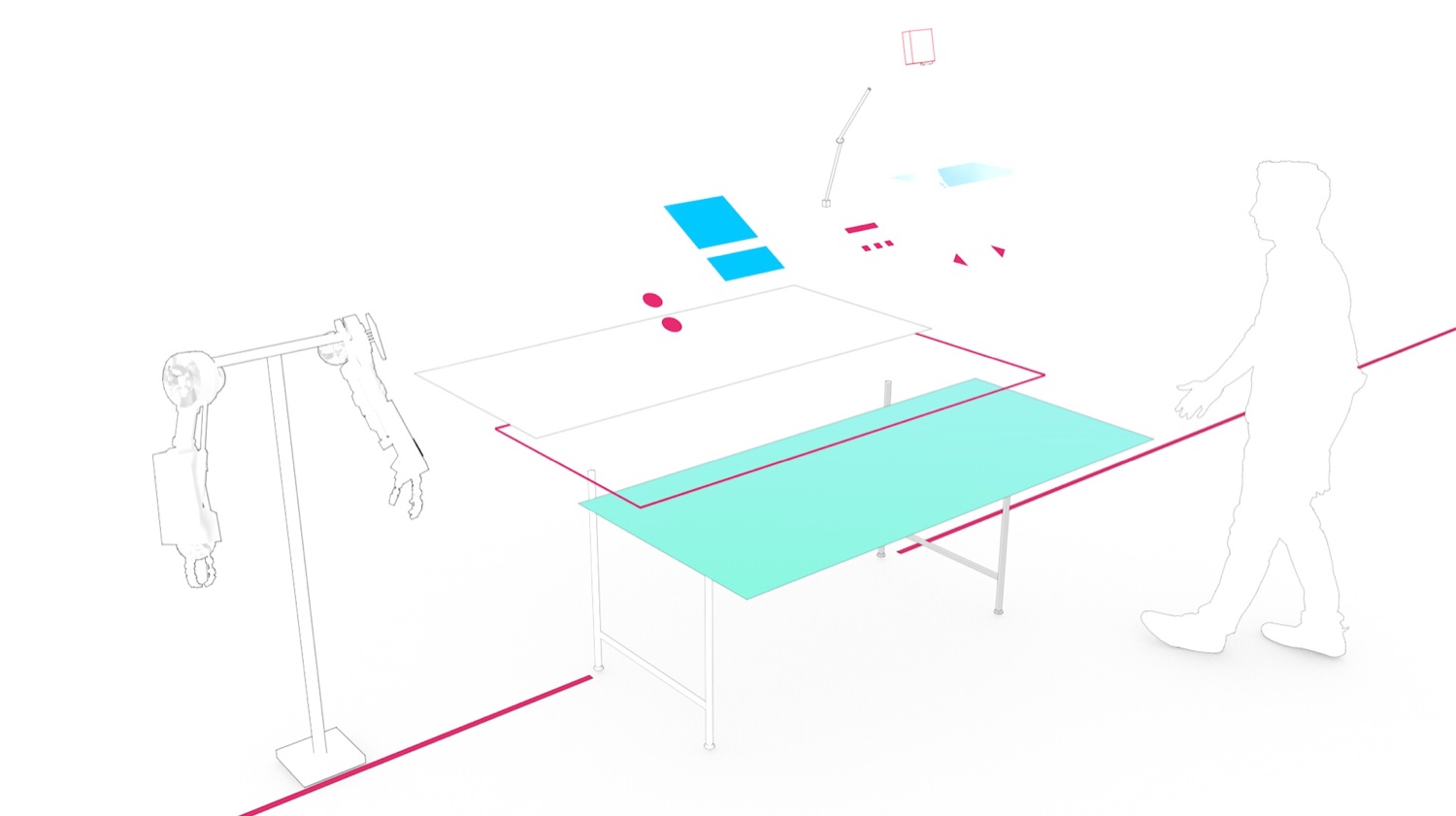 This enables a more natural way of presenting information at eye level. It is possible to spatially explore the analog world of the table and at the same time go deeper into content with the adaptability of the digital. To make this a reality, I wrote some software that combines the inputs from the touch film underneath the table surface, a configuration of interactive areas and content, as well as the digital output of the projectors. Technically, it is an elaborate state machine in which every interaction option, all contents and possible transitions are defined. The touch film delivers events via the TUIO protocol, which were fed into the state machine. With support for image and video as output, there were no real limits to content production. Other function-extending features have been added, such as triggering special content or an action with an RFID card, or controlling an external physical installation. With a bit of strategically placed conductive material, it is also possible to use a small figure to activate actions on the table.

Text and media used with permission from Milla & Partner.